Whether you’re restoring an old Mitsubishi car, looking for the best prices on parts or trying to get rid of a Mitsubishi wreck. Taha Auto is the number one choice for auto recyclers in Auckland.
With our clean, organised scrap car yard, massive range of  Mitsubishi Used Car Parts and friendly service with a smile – we’ve built an outstanding reputation over the last 15 years.

We have a wide range of Mitsubishi Used Car Parts like the headlights, starter motor, car batteries and so much more. The battery life of the batteries we provide has a long life.

All Mitsubishi Used Car Parts are organised neatly and placed in our warehouse, which when needed are taken from there.

The Services we provide are apart from providing spare parts include:

We have Mitsubishi parts available for following models.

We’re constantly changing the Mitsubishi cars in our yard, ensuring there’s plenty of parts available at the best prices.

If you’d like to enquire about a specific Mitsubishi vehicle, give us a call or send a message and we’ll be happy to help you out.

In a car, a shock absorber reduces the effect of traveling over rough ground, leading to improved ride quality. Without shock absorbers, the car would have a bouncy ride. Control of excessive suspension movement without shock absorption requires stiffer springs, which would in turn give a harsh ride.

Shock absorbers allow the use of soft springs while controlling the rate of suspension movement in response to bumps. Cars typically employ both springs or torsion bars as well as hydraulic shock absorbers. In this combination, “shock absorber” is reserved specifically for the hydraulic piston that absorbs and dissipates vibration.

Shock absorbers for most Japanese car models are not usually expensive, but customers may find that high-end and performance parts carry a higher price tag than standard shock absorbers. For this reason, many car owners look for Used Car Shock Absorbers. When shopping for used car parts, it is extremely important to examine the condition of the shock absorbers listed for sale. Those that have been used on off-road vehicles have likely suffered more abuse than those used on cars driven around Auckland. A shopper should be sure to check for any leaks in the used shock absorbers before making a purchase. 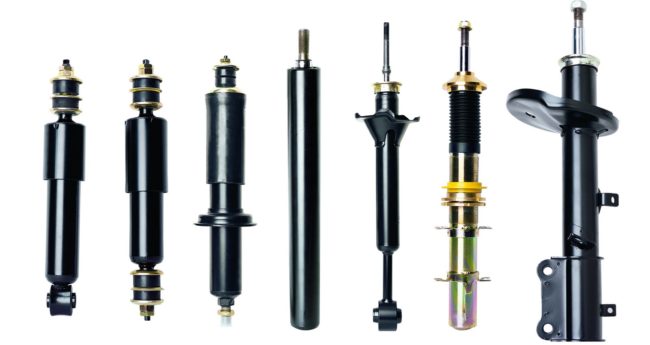 At Taha auto we are No.1 in quality recycled car parts. We offers delivery of all our used car parts to the Auckland area. Used Car Shock Absorbers can also be delivered New Zealand wide by arrangement, depending on location. Delivery of Shock Absorbers does incur a small fee.

We are Auckland’s Premier Shock Absorber Re conditioners:

When it comes to Suspension, you cannot afford to compromise, as your safety depends upon it. With the expert knowledge developed through years of specializing in car suspension and four wheel drive suspension, TAHA Auto can correctly utilize components to suit your individual needs, whether for Performance, Handling, Load Carrying, Comfort, Ride Height or Lowering. Contact the specialist, We’re here to help.

Want to know more about used vehicle? Take a look at these articles and tips;

Where You Get The Most Cash for Your Junk Car in Drury? Read More

We Buy Your Car for Cash in Henderson-Massey! If you are searching Read More